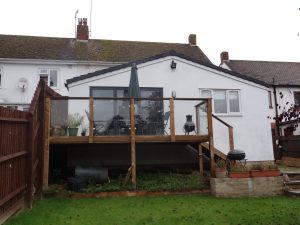 The raft of measures granting new permitted development rights in England – including those for rear-of-house extensions – that came into force on 30 May 2013 have proved a hit with homeowners in Oxfordshire.

The measures included increasing the size of single-storey rear extensions that can be built under permitted development for a period of three years between 30 May 2013 and 30 May 2016. These larger extensions are subject to a ‘light-touch’ neighbor consultation scheme, which removes entirely the planning officer assessment where there is no objection to a proposed extension from the immediate neighbors.

This has led to a notable increase in the number of extension being applied for under this process. In brief, if your home is detached then the previous allowance of 4 metres has doubled to a whopping 8 metre rear projection from the (original) rear wall of the house. For attached properties the 3 metre restriction is increased to 6 metres.

The scheme has since been extended for a further three years and is now set to expire on 30 May 2019, so if you have any thoughts toward building a larger single storey extension to your home then contact David at Home Design Studios on 07855 322 018 to learn more about this opportunity before it no longer exists!