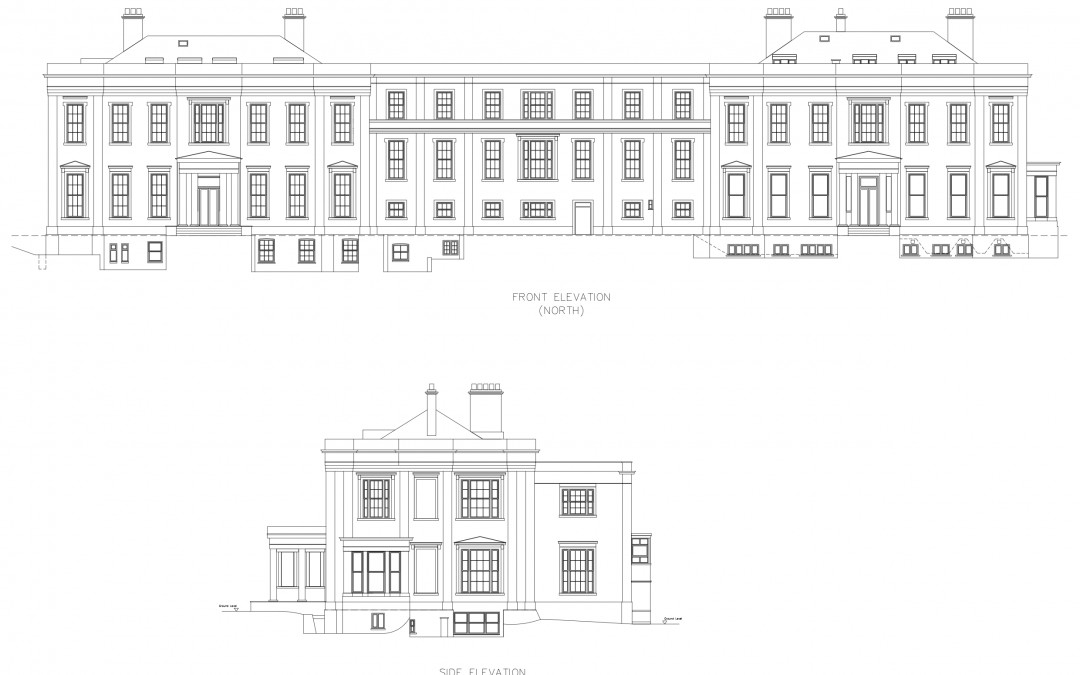 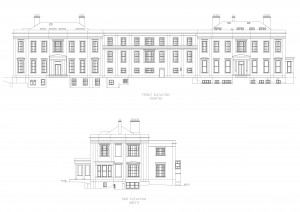 Gordon Wake is a consultant surveyor with a wealth of experience in carrying out measured building surveys and the production of existing floor plans and elevations for the architectural sector.  Gordon has supported Home Design Studios in this capacity for circa eight years and is an invaluable member of our support team.

Gordon was recently commissioned to produce elevation drawings for the very grand Montpellier House building in Cheltenham. The superb drawings included herein really bring home the extent of the task undertaken, and the wonderful form of this historic building. 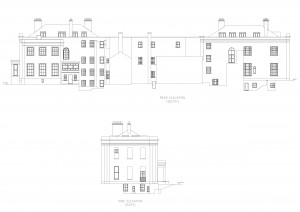 A classic Grade II listed period building of great style and elegance built of ashlar over brick with concealed roof in 1832 by the architect Edward Jenkins.  Has interesting historical links to the famous architect Sir Robert Smirke who lived in Montpellier House from 1859 until his death in 1867 and was responsible for designing many famous classical buildings including the main block and façade of the British Museum.

Suffolk Square occupies land bought by the Earl of Suffolk from the de la Bere’s, on which he built Suffolk House for his own residence; his daughter later sold much of the land on which Suffolk Square now stands to developer James Fisher.

It was converted from a house into flats, probably in the 1960’s.